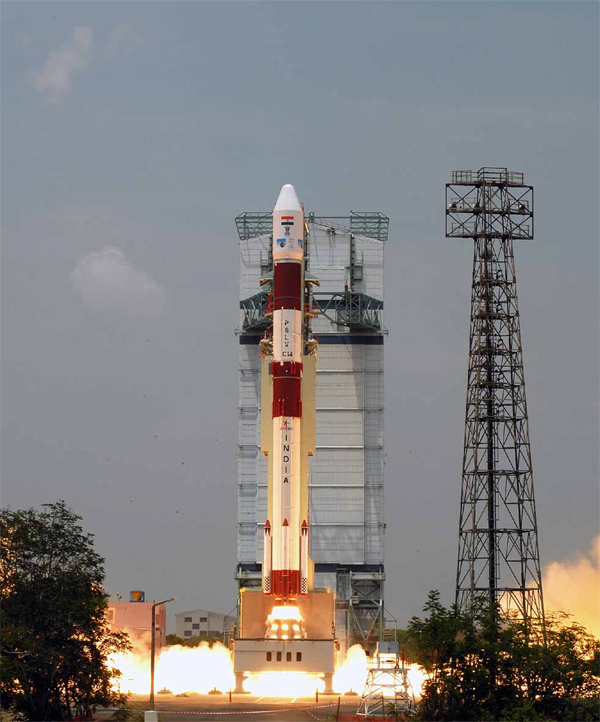 The second session of the Alumni lecture series was conducted on the topic  ‘Avionics And Electrical System Engineering Concepts In Multistage Launch Vehicles’  by Shri.R.Umamaheswaran,senior scientist and project director, GSLV,ISRO. The lecture began at 4:05 in the Seminar Hall, Department of Electronics and Communication Engineering. Shri.Umamaheswaran graduated from the department Of ECE, CET in the year 1985. Later he did his M.S in software systems from BITS, Pilani. He is also a life member of various prestigious societies like Aeronautical Society of India, System Society of India and ISSE.He had made significant contributions to the system integration, checkout and avionics of ISRO’s launch vehicle. He designed many mission critical circuits and the pyro chain for the PSLV, GSLV and MK III launch vehicles. He received ISRO Team awards for PSLV in 2006 for his contributions. He interfaced with Russian agency Glavcosmos for the system integration design and development of ISRO electronics for the successfully flown cryo stage. Over the years he has evolved as a domain expert in the field of system electrical integration, checkout, ground station and avionics. The lecture began with a glimpse on the vision of ISRO in the view of Dr. Vikram. A. Sarabhai, the pioneer of the organisation that ‘ISRO focuses on having a meaningful role nationally and in the comity of nation and must be second to none in application of advanced technology to real problems of man and society’. It was followed by a recollection of the major milestones in India’s Space Programme which include the formation of INCOSPAR(Indian National Committee on Space Research,1962 ) formed by the department of atomic energy with Dr. Vikram Sarabhai as chairman. Then he explained about the evolution of launch vehicles in ISRO right from sounding rockets like ‘Rohini’, through various satellite launch vehicles like SLV, ASLV, PSLV, GSLV and finally GSLV MK III which is the third generation GSLV. He also discussed about avionic systems, telemetry systems and also the concept of control strategies and technology like open loop and closed loop guidance.

(Shri Umamaheswaran R,( 1985 Batch) Scientist/Engineer H and Project Director, GSLV has made significant contribution to the  system integration, checkout and avionics of ISRO’s launch vehicles . He has interfaced with Russian Agency-Glavkosmos for the system integration design & development of ISRO Electronics for the procured & successfully flown cryo stage. The above mentioned contributions have been significant for the realization of Electrical subassemblies of PSLV, GSLV & GSLV-Mk3. Over the years, he has evolved as a domain expert in the field of system electrical integration, checkout, ground station and avionics. He has taken over the charge of Project Director, GSLV with effect from July 1, 2014 and holding the assignment  of Mission Director for GSLV-D6/GSAT-6 Mission.)

(The Alumni Lecture Series is a series of lectures by our alumni on the following verticals viz., Higher Education , Entrepreneurship, Communication skills, Computer Programming Techniques and the State-of-Art at Industry.)